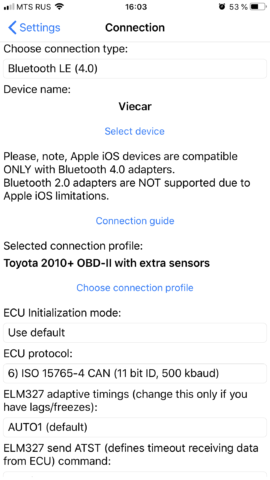 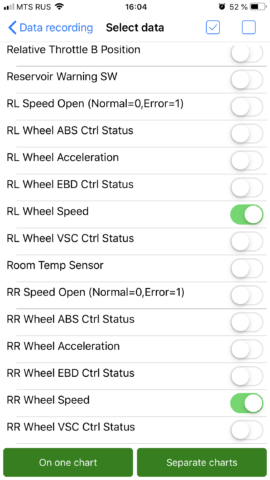 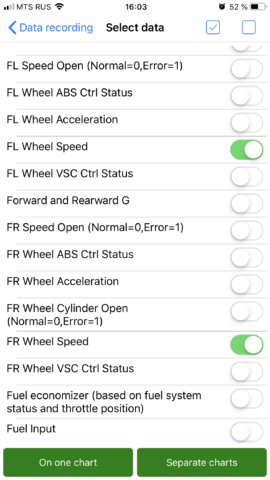 And carefully look at the graph: three wheels all the time showed approximately the same speed (taking into account the tolerances in the corners), and one — the front left (displayed in yellow on the graph) gave the correct speed, then 20-40 km/h less. The speed on this wheel changed chaotically and unrealistically, especially comparing to 3 other wheels. 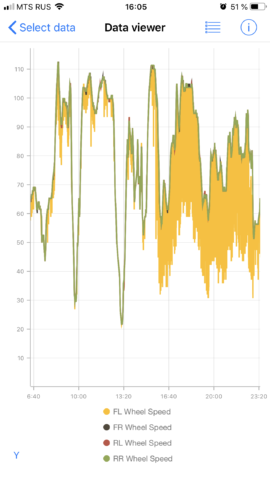